Why did the Dead Baby Cross the Road?

The first time Eddie asks “why did the dead baby cross the road” is in The Waste Lands, sitting with Roland Deschain, Susannah Dean, Jake Chambers, and Oy of Mid World.

Eddie makes the joke in Part V: Bridge and City, before the ka-tet meets Blaine, enters Lud, or meets Gasher. When Roland says that everyone knows one or two riddles, Eddie responds with this:

“Even me,” Eddie said. “For instance, why did the dead baby cross the road?”
“That’s dumb, Eddie,” Susannah said, but she was smiling.
“Because it was stapled to the chicken!” Eddie yelled, and grinned when Jake burst into laughter, knocking his little pile of kindling apart. “Hyuk, hyuk, hyuk, I got a million of em, folks!”
Roland, however, didn’t laugh. He looked, in fact, a trifle offended. “Pardon me for saying so, Eddie, but that is rather silly.”

And that, ladies and gentlemen, in a nutshell, is Why Roland Deschain Sucks.

I mean, think about it. The only other person in any world — other than Henry, Eddie’s drug-addict brother — who can make Eddie Dean doubt himself is Roland Deschain himself.

He opened his mouth to say something—an Eddie Dean Special, something that would be both funny and stinging at the same time, the kind of remark that always used to drive his brother Henry dogshit—and then closed it again. Maybe long, tall, and ugly was right; maybe it was time to put away the one-liners and dead baby jokes. Maybe it was finally time to grow up.

But anyway. That’s a story for another day.

Why Did the Dead Baby Cross the Road? Blaine the Mono

In the end, Eddie Dean’s dead baby joke saved the day, because that was the very one that killed Blaine the Mono.

“Okay, Blaine. You asked for it. Here comes the cruncher. Why did the dead baby cross the road?”

So riddled, Blaine tries to get out of answering. But Roland Deschain and Susannah Dean press him. Finally, Blaine is unable to answer the riddle. And he crashes and burns. Hard. Here is his answer: 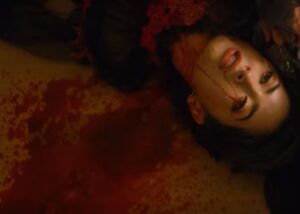 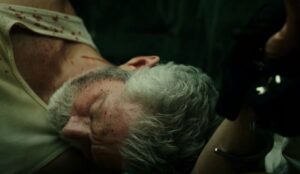